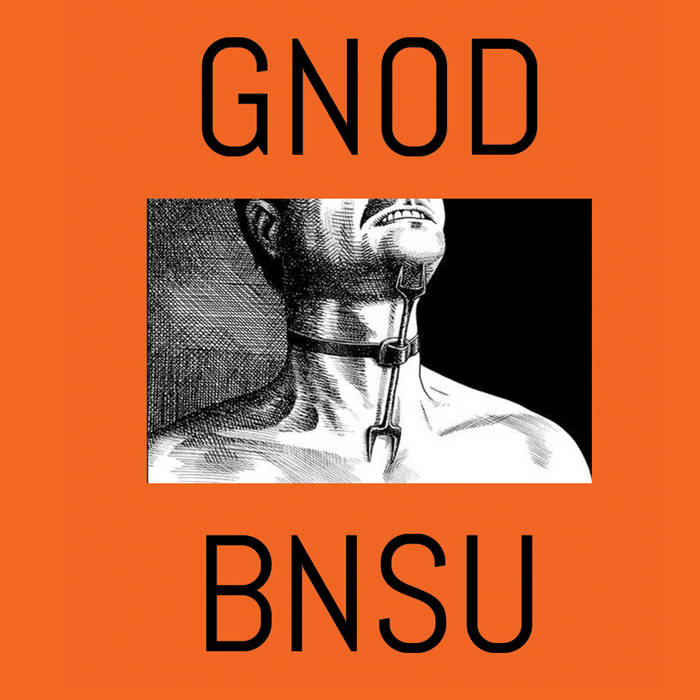 Levrikon A nice blend of Gnod's old, longform psychedelics and their modern thrashy punk style. Combined, you almost get 'hardcore trance'. Turn it on, bang your head, and zone out. Favorite track: RAM.

We first met Utku in Berlin , he was gigging and working behind the desk at a show we were part of and we got talking .From there he joined us for an intense and explosive R&D show at the Funkhaus in Berlin alongside Aidan Baker ,Sophie T and visual artist Levi Van Huygoort. Utkus contribution was duly noted as bringing the absolute fucking RUCKUS. So we were keen to record with him ASAP.
Carl on board the Stubnitz , docked in Hamburg provided the space for us to record and to sleep. Utku brought in the mighty Kazehito Seki and we were off.We learned a lot from these 2 intense fuckers over the 3 days.These guys really care about sound and volume and power and skills and are sound as fuck heads to boot. Their work rate and commitment to the underground is staggering.

Check out what these guys get up to here:

If you don't know about Stubnitz then it really us worth checking this amazing floating venue and Cultural Icon out :

We have met in Autumn 2015 in Copenhagen at Mayhem!
It wasn’t instant love, we checked each other out for long and good, but our common interest in loudness and ear piercing sounds as well as powerful soundsystems created a tension that was very strong for us to ignore...
Then we’ve met again in Berlin few weeks after, still in Autumn, we went on the 5th floor of the Herzbergstr.100 surrounded by probably 69 hc/grindcore/deathmetal bands, to record on 5 tracks using guerilla techniques in a 9mq room without windows.
We released these recordings (and more) in a 3 way split in 2 editions:
brainpussyfication.bandcamp.com/album/self-toxication-split-strike-shit
ooosound.bandcamp.com/album/self-toxication-split-k-bit-strikes-s-hit-ooos-20
(original artwork by Paola Lesina)

In the mean time we followed MultiDOM II in 2016 and MultiDOM III, 2017/2018. We played together when the conditions were right, meaning where we had a proper soundsystem and proper loudness and physicality as when we’re playing, we sweat and bleed and give it all...

In the summer 2018, we did another recording session in Berlin. This time we released some of the material as Brand New Shit Upcoming #1, which is to be followed by other other numbers, in split forms or not...
brainpussyfication.bandcamp.com/album/brand-new-shit-upcoming-1

In Autumn 2018 we recorded on Ms. Stubnitz docked in Hamburg, together with GNOD R&D. It will be released in 2020.

In August 2019 we released a split tape with JD Zazie’s plattentektonik.
Sold out immediately. Last 2 copies are at STAALPLAAT or digitally on:
www.brainpussyfication.com/bnsu

In December 2019, we released 3 way split of ABIBOSS, Nekrom and BNSU, recorded live in Oslo at Noise Hole event held at Hausmania in Summer 2019.
Tapes still available, no digital yet.

We are BNSU.
We play loud and fast and ugly.
Muscle version, sweat edition...

An absolute honour and pleasure to release these Stubnitz sessions on CS and digital, we have 50 copies and BNSU have 50 copies, both will be slightly different versions.

Big Thanks to Carl and all aboard the good ship Stubnitz for the chance to make noise, record and play a show over the course of 4 days surrounded by good headz and water in Nov 2018.