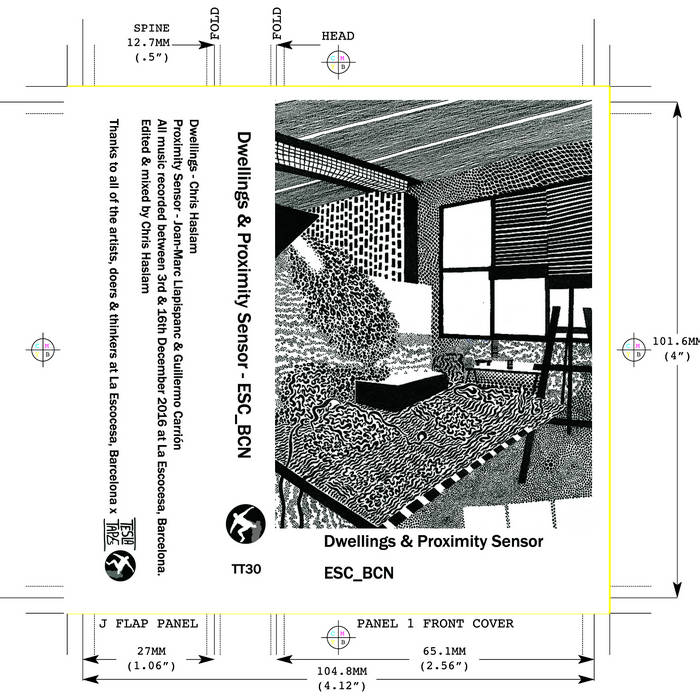 From the horses mouth:

"In December 2016 I took part in an artist residency exchange between Islington Mill and La Escocesa, Barcelona. During my time there I worked with the artist Joan-Marc Llapispanc, playing improvised jams that coincided with FC Barcelona matches, a performance ritual Joan-Marc has been carrying out for the last few years in his studio at La Escocesa.

His studio over that time has been slowly transforming into a living installation, taking on the idea of a 'collapsing studio' where the concept of the art studio as a functioning workspace is re-evaluated and reimagined.

When I first saw his studio, I got the impression that it was impossible to work in it. It seemed every effort had been made to make it unusable as a working space. Empty bottles and food packets littered the floor, there were string 'barriers' and obstacles everywhere that had to be waded through in order to move around and there were no flat or even surfaces anywhere. However, I was surprised at how quickly I became accustomed to working in such a difficult and chaotic environment.

JM decided that we would set a mixer & PA speakers up in there and jam. He would use a series of contact and dynamic microphones running through a couple of effects and I would use a sampler synth and a contact mic attached to a piece of metal tubing which was once part of a clothes rail. A few other artists were invited along to perform using the objects strewn around the studio. I decided to set up my own digital recorder to capture the sessions. I had the idea that the audio from these performances could provide an interesting sonic palette from which to work on some studio pieces and would form the basis of my work during the residency.

Towards the end of my stay I was asked to take part in La Escocesa's end of year exhibition where I exhibited my drawings ( including the one on the cover of this tape which is a still life of my studio at La Escocesa), and performed an improvised set with Joan-Marc and another La Escocesa artist Guillermo Carrión who would play bass, effects and synths. This performance was also recorded. The final piecing together of the recordings was done back home at Islington Mill in January 2017 and this Tesla Tape entitled 'ESC_BCN' is the final result. "